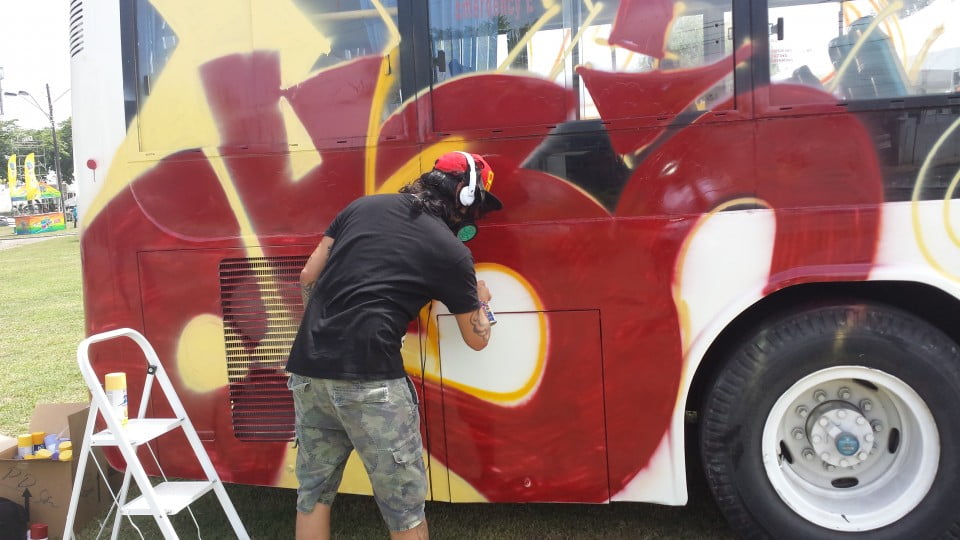 More than 50 emerging local artists and vendors will show their work on Ariapita Avenue from June 20–22 as part of T&T’s first Street Arts Festival hosted by the T&T Coalition of Services Industries (TTCSI).

A release from the TTCSI said the event will kick off tonight, with the showing of Calypso Rose—Lioness of the Jungle at the Little Carib Theatre. This documentary is sponsored by T&T Film Festival.

Ariapita Avenue will become a hub of creative energy with performances by artistes from different genres.

Between Fitt and Carlos Streets and at Adam Smith Square, patrons can enjoy a range of activities including dance, drama, animated films from Animae Caribe, story telling, fashion, tassa, traditional mas, yoga in the park and a children’s corner with face painting.

Craft makers will also display handmade art and craft at the Outlet Market, from 10 am to 6 pm.

There will be local painters, sculptors, caricature artists doing live demonstrations and visual artist Dareen Cheewah will be doing a live painting using a bus donated by PTSC through the Ministry of Transport as his canvas.

This bus will become an artistic centrepiece for public display during and after the Street Arts Festival.

The TTCSI is also urging patrons to walk with their paintbrushes and canvas to paint and participate in the chalk art competition.

The creative sector body hopes this event will become an annual international platform for cultural exchange, sharing our cultural heritage, encouraging community awareness and appreciation for the arts and culture.

There are also plans for a follow-up programme for up and coming artistes participating in the festival, where they will undergo mentorship and guidance in managing the next steps of their career.

According to the TTCSI, the benefits to be derived from the festival are two-fold. It is meant to educate, inspire and reshape the way artists think, market and promote their services and it is also meant to promote community cohesiveness.