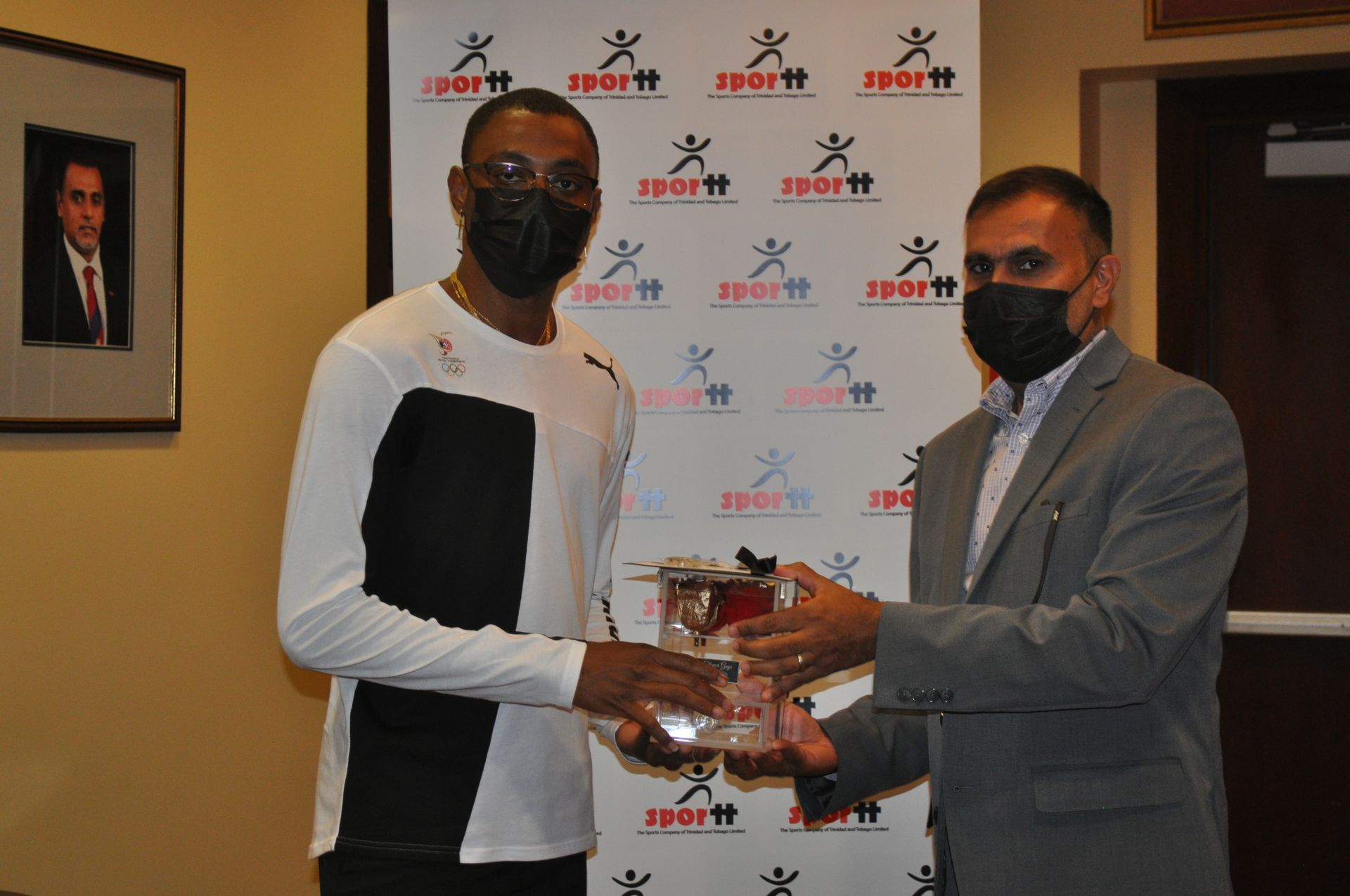 FLASHBACK: T&T’s long jumper Anduelle Wright, left, is presented with a token of appreciation by Jason William the CEO of SporTT upon his return home from the Olympic Games on August 15 at the Piarco airport. The 2020 Tokyo Olympic Games took place in Japan and concluded on Sunday.

by Sports Desk from The Trinidad and Tobago Guardian

The Sports Company of T&T (SporTT) and the T&T Coalition of Service Industries (TTCSI) have partnered to conduct a national survey on sports participation and its impact on the economy of Trinidad and Tobago.

SporTT entered into a research retainer agreement with TTCSI over the period August 2020 to April 2021 as a means of expanding partnerships to create more harmonious communities through athletic excellence while analysing the scope and influence of the local sports industry.

Vashti Guyadeen, TTCSI’s CEO said, “Sports and recreational services represent a US$1426 billion market globally, in order for T&T to dig into this pie we need to assess the state of the industry locally. The primary purpose of this collaboration is to map and track the monetary value of sports to the economy of T&T.

This is a formidable task simply because we have not effectively tracked the contribution of this industry to the Gross Domestic Product.

Hence the reason why this survey is significant to the national community particularly since we secured a high response rate during a pandemic”.

The survey was executed virtually over the course of four months (April to July 2021) which generated participation from 1,411 respondents.

The findings presented in the report are intended to guide and drive a revised strategic focus for the sporting industry in T&T.

Jason Williams, SporTT CEO stated, “It is integral to gather this type of information to better understand and analyse the sporting industry/ecosystem from a stakeholder perspective. This data acts as a fundamental groundwork which would help to guide decision-making processes for current and future development.”

It was structured into four (4) key areas of focus:

The other positive insights from the survey include:

The respondents who provided services to sporting/recreational bodies/events outside of Trinidad and Tobago earned approximately $4 million in total in revenue.

T&T exercises – 94% of respondents engage in some form of exercise.

A significant majority of respondents reported a boost in productivity after engaging in Sport or Recreational activity. A combined total of 93% report good and excellent increases in productivity.

SporTT and TTCSI continue to fulfil their MOU with more activity planned in 2022, specifically with regard to the rollout of the results/findings of this national survey.