COVID-19 has negatively affected many industries, but over the past year the real estate sector has seen an increase in activity, primarily in residential properties under $ 3 million, and some commercial properties.

This was confirmed by Mark Edghill, chairman of the Association of Real Estate Agents (AREA) and newly elected chairman of the Trinidad and Tobago Coalition of Services Industries (TTCSI) in an interview with Express Business last Friday.

Edghill said the increase in activity is due to attractive interest rates and job security in the middle income bracket as well as flexibility in house prices, as the impact The economy affected purchasing power and saw an increase in inventory competing for the same buyers / tenants. .

“The prices are attractive now, as the businesses that have closed or the people that have liquidated their properties have grown, making it more of a buyer’s market. So there are now a lot of properties competing for tenants and buyers. Both in commercial and residential.”

“When potential buyers and tenants are looking for a property, owners are going to be more negotiable with their prices. As a result, the final sale prices are lower than the listed sale price.”

He explained that people who have the funds to buy properties at a lower rate don’t hesitate to buy it.

“There is a lot of activity in the less than $ 3 million, $ 2.5 million, and $ 1.9 million ranges, which are considered middle income properties. This is where you see a lot of the activity. The rents are getting more attractive because there is so much inventory and because people are losing their jobs and losing income from their businesses that are shutting down, so that’s definitely a factor.”

The owner of the real estate agency said he did not foresee a collapse in the sector, but noted that prices, although having become more flexible, will only be lowered to a point.

“The value of the property is primarily driven by market conditions and comparables, but also the replacement cost, so there is always value to be had in the property over the long term,” said Edghill .

He said the most serious challenge is in the commercial sector as landlords find it difficult to rent their properties, especially at previously charged rates.

“Regardless of what happens with an economy or with the pandemic, there are always real estate transactions, the difference is the volume of transactions that materialize compared to the mass of opportunities within the sector,” he said. -he declares.

The Real Estate Agents Association (AREA) falls under the 56 service sectors that TTCSI represents and Edghill, who was elected president on April 30, said he was focusing on strengthening the coordinating body as well as government lobbying to ensure the sector is at the forefront of economic transformation.

Last Thursday, the TTCSI held a roundtable with 35 of the 56 service sectors, where the new president had the opportunity to hear about the issues members face during the pandemic.

One of them is the Trinidad and Tobago Incoming Tour Operators Association which has reported that since the second government lockdown imposed to curb the spread of the virus earlier this month, 40% of operators have shut down their businesses and 20% are on the verge of collapse.

According to Edghill, the association has indicated that if the pandemic persists until 2021, it could lose up to 75% of its tour operators.

“These people depend on open borders and the borders have been closed since March 23, 2020. While you had an increase in domestic tourism and some form of income was coming in, there were still restrictions limiting operations, it was therefore also a major factor. “

Another industry that has been crippled is the event planning industry as weddings, graduation ceremonies, conferences, and large gatherings for events are non-existent at this point due to restrictions and blockages.

The TTCSI president said that although the government has done a good job in mitigating infections among the population, there has been a complete failure with securing borders and illegal entry, with the Brazilian variant finding its way. in the country.

“My aim is not to seek confrontation with the government but to collaborate and I believe that if all the stakeholders have a chance to come together, we can move forward with a positive plan.”

Another issue raised by Edghill was the Yacht Services Association (YSATT), which TTCSI also represents. He said that as far as he was concerned, there was no reason for this area to be on the verge of collapse.

YSATT, in recent months, in talks with Express Business, has pleaded for foreign yachts to be allowed into T&T waters as the industry struggles to keep afloat.

The association said a letter was sent last year and earlier this year to then National Security Minister Stuart Young asking for possible exemptions or facilitation for cruisers to return to Trinidad, but they have not received any response on this matter.

YSATT tried to secure a meeting with Young as hurricane season approached and many ships came to Trinidad for shelter, but to no avail.

Edghill said the industry, which is a source of foreign currency, shouldn’t have been left on silent.

When ships come here for repair, the owners mostly live on the yachts, so it’s a quarantine exercise in itself, not to mention the fact that they may also have been on a yacht for weeks or months in a row. traveling in isolation before landing here. I don’t pretend to have all the answers, but if the authorities think allowing foreign yachts to enter is a threat, then talk to YSATT and a plan can be worked out to establish protocols that will work. Don’t just leave them hanging.

He continued, “This sector offers one of the fastest short-term opportunities to attract foreign currency and the economic opportunities can certainly be balanced with pandemic protocols. Let these visitors get an exemption and go through the normal quarantine process, but at least consider the potential loss of opportunity and revenue. “

He noted that this situation is high on his agenda as TTCSI President and that he intends to get to the bottom of it.

Its objective is to meet the various ministries to which the various sectors fall as well as the Director General Vashti Guyadeen to find solutions to this ongoing pandemic.

TTCSI CEO Vashti Guyadeen said the focus, especially during these times, is on building the export capacity of service providers and businesses in Trinidad and Tobago.

“Global markets are an important source of growth for the service sector. Therefore, we hope that this interactive portal will encourage trade and open up export opportunities for local service providers. Helping our members grow and stay competitive as they recover from Covid has been our priority throughout 2020.”

Another project undertaken by TTSCI, Guyadeen said, was Services Go Global, which is a comprehensive training program targeting service exporters.

“From April to June, this training will support 120 service providers operating in the business and professional services, information, communication and technology, and health and wellness, and healthcare sectors. sports and recreational services. It will take place virtually over four days and will offer companies the opportunity to develop their export plans, access regional and international markets and develop their global brand,”added Guyadeen. 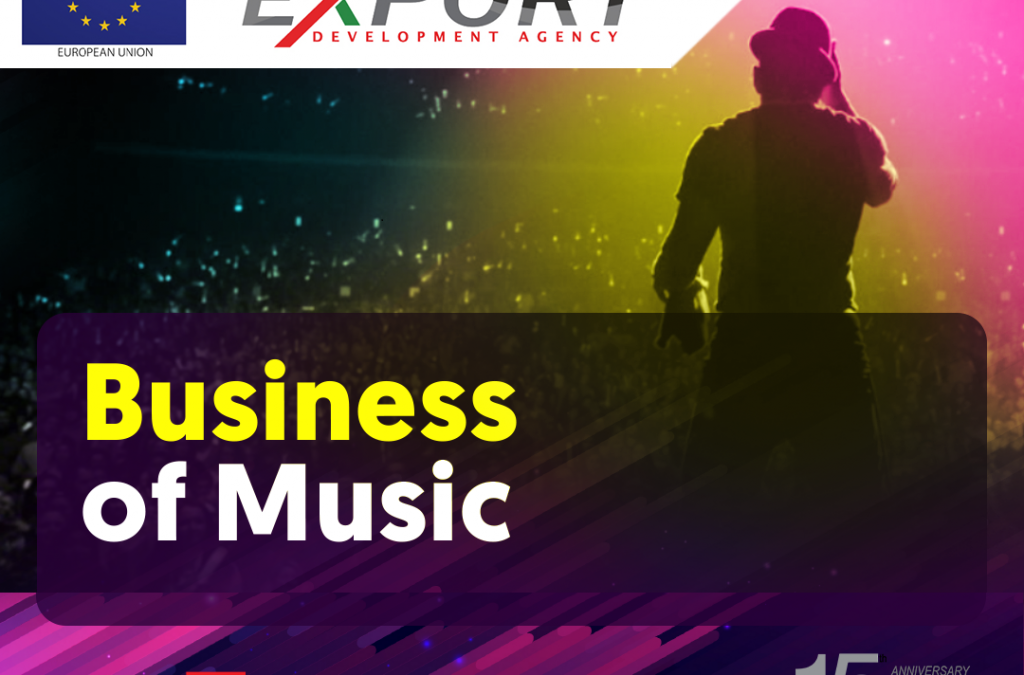 By CreativeTT Over the course of two days (22nd and 23rd June) 120 local artistes, promoters and managers participated in a two-day virtual workshop which focused on providing persons in the entertainment industry with the necessary tools to export their talents. The... 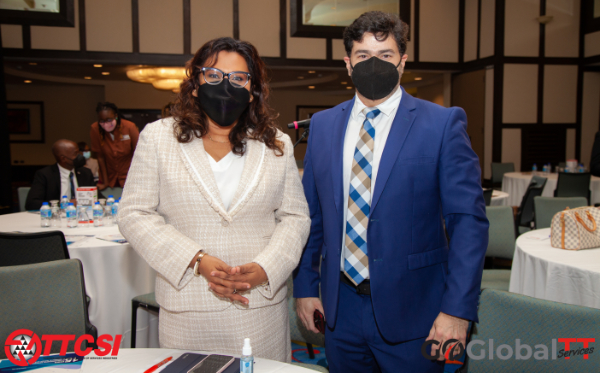 Vashti Guyadeen Chief Executive Officer TTCSI and Mark Edghill, President TTCSI “Let today be recorded as the day that heralded a new dawn for the reignition of the services sector in Trinidad and Tobago.”  The words of the president of the Trinidad and Tobago... by Andrea Perez-Sobers of the Trinidad Express The services sector must be prioritised going forward to expand export initiatives, according to Trinidad and Tobago Coalition of Services Industries (TTCSI) president, Mark Edghill. Speaking at the TTCSI’s two day... 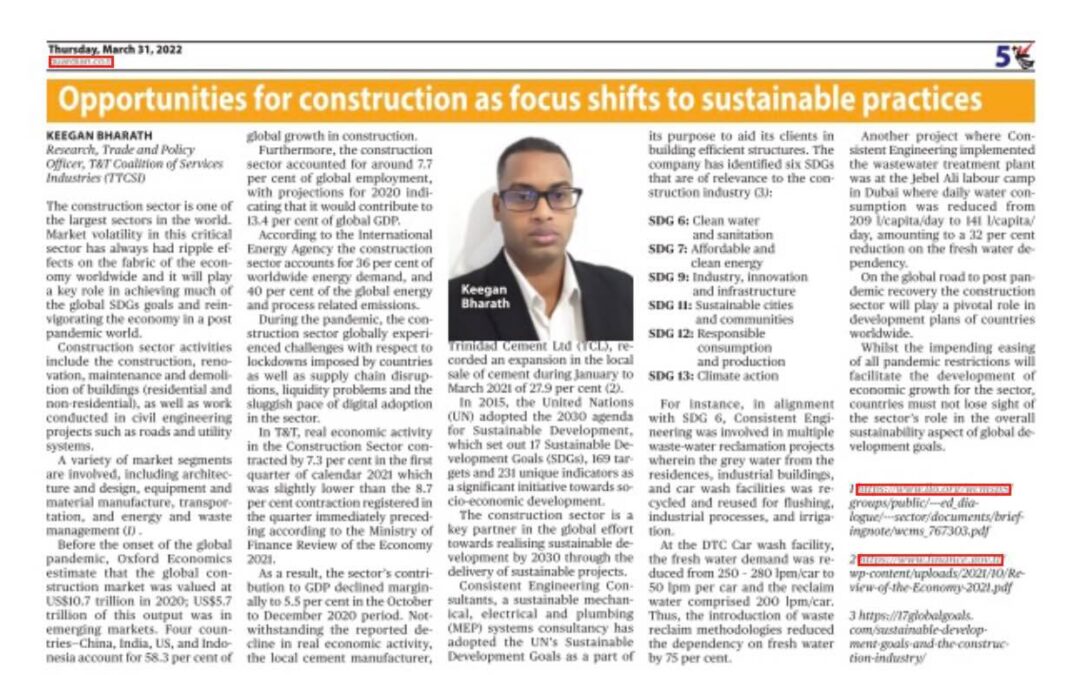 Opportunities for Construction as Focus Shifts to Sustainable Practices