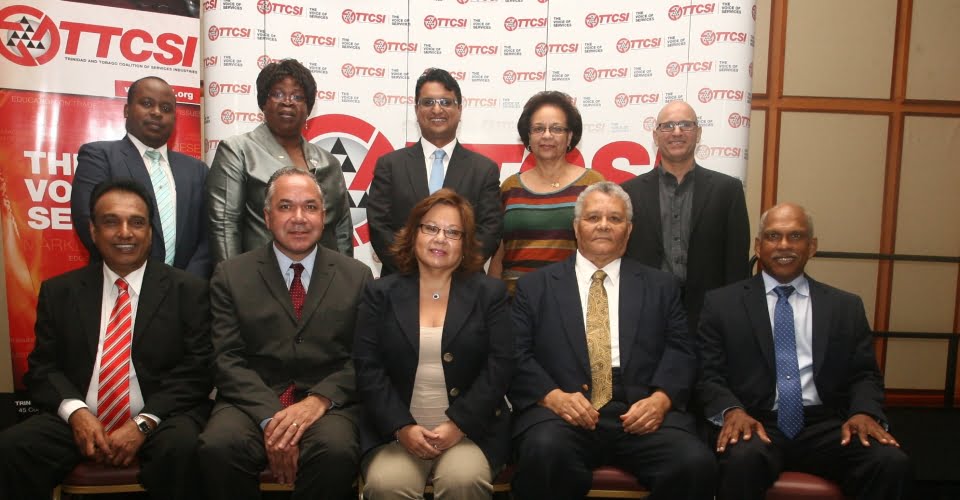 Senior economist Dr Ronald Ramkissoon yesterday called on representatives of this country’s services sector to demand the conditions which would allow it to become a bigger earner of foreign exchange, perhaps even rivalling the contribution of the energy sector.

Ramkissoon made the comments in a brief address during a “mix and mingle” event hosted by the Trinidad and Tobago Coalition of Services Industries (TTCSI) at the Hilton Trinidad, St Ann’s on Tuesday evening following the organisation’s annual general meeting which was also held at the hotel.

Businesswoman Angela Lee Loy was elected the TTCSI’s new president, replacing Danny Jaggernauth, who served four years in the post and now becomes the TTCSI’s immediate past president. In brief remarks, Lee Loy disclosed that both the president and the chief executive officer, Nirad Tewarie, were leaving office yesterday. Tewarie is to take up a new position as chief executive officer of the American Chamber of Trinidad and Tobago (AMCHAM) after five years as CEO of the TTCSI.

Ramkissoon said if correctly defined, the services sector is a net foreign exchange earner and it is time that leaders of that sector demand the conditions which would see it make a greater contribution as an earner of foreign exchange.

Jaggernauth said it was a privilege to serve as president over the last four years, adding that it was a wonderful experience particularly because of all the organisation had been able to achieve.

In an interview, Tewarie told Newsday among those achievements was the growth in the membership of the TTCSI by almost 150 percent. He said its revenue had grown by 400 percent and the leadership had been able to make the TTCSI “more stable and more visible in terms of its asset base, in terms of our ability to lobby and impact.” He added that, “We’ve had leadership of the Caribbean coalition network for a couple of years in between and therefore really established TTCSI as one of the leading voices, if not the leading voice, of the services sector within the English-speaking Caribbean.”

He also said the TTCSI had been able to help several local services providers to export. He said these included tour operators, vacation service providers, some designers and some information communication technology (ICT) companies. “And while these may not be entire sectors or huge business ventures, the thing that was required when we started this is that a lot of business people didn’t see the potential in services exports so we had to concentrate on mindset change.”

He said while doing that the TTCSI also had to concentrate on education, market penetration and getting local companies “out there.” He said recognition of the importance and potential of the services sector is starting to happen although it hasn’t happened to the extent that the TTCSI wanted, “but it is starting to happen in terms of the interaction with the public service and the political directorate that we are getting more business people trying to export services and in some cases actually exporting services. I think it is significant.”

Tewarie said in 2010/2011 there had been a growth of more than four percent in the contribution of the professional services sector to the Gross Domestic Product of the country. He said he thought this was a significant achievement.

He said identifying the full contribution of the services sector to the local economy is difficult because of the lack of reliable and complete trade statistics for the sector.